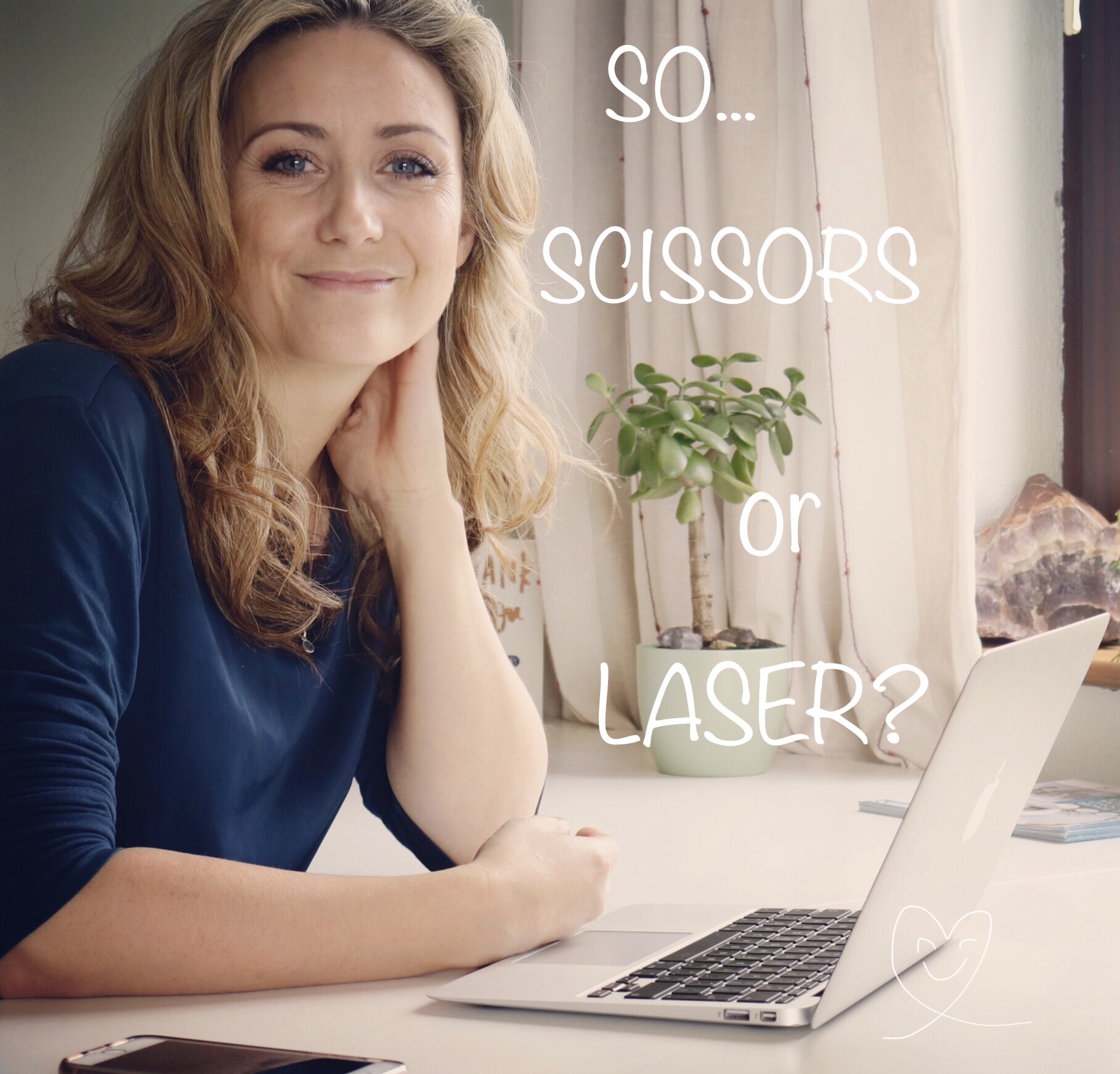 I did both scissors and laser training so that I could find out which is the best treatment for babies with tongue and lip ties. The scissors is fast, just a few seconds, seems less upsetting for the baby and when done correctly creates a clean and full release of the tight membrane. There is only a few drops of blood if any at all. Parents are present and can sooth and breastfeed their baby immediately.

The laser, specifically the CO2 laser, will release the same membranes well by vaporizing, and has also little to no bleeding. Laser takes longer, and generally parents may not be present during the procedure. Some people think laser will release the tongue tie more ‘deeply’ This is untrue. It is the same tight membrane and fascia released by both scissors and laser, whereas the muscle of the tongue underneath the membrane is not cut as this can damage its function. Both instruments release posterior and anterior tongue ties, and both treat lip ties. Neither treatment requires suturing afterwards.

So, which is best? … I feel both release exceptionally and equally well, however, I think scissors is a better option for babies 0-6 months as it is less invasive, less stressful and still has a great result, especially when followed up with breastfeeding support and gentle mouth exercises.

For older children or for adults with more vascular membranes perhaps laser may be more suitable in order to avoid suturing. The membrane of a baby is thin and does not require any suturing and so scissors is ideal here. For breastfeeding mums, having the support of a lactation consultant is invaluable – I definitely recommend this for more success. In some cases a cranial sacral session will also help in freeing up tension in the body.

There you have it, both laser and scissors are sufficient in treating tongue ties, I believe scissors is a better option for babies 0-6 months and the ‘team’ approach to tongue tie really is best.